Yesterday whilst walking through Lincoln’s Inn Fields on the way back from a lunchtime shopping trip I spotted on the grass (or what’s left of it), a strange and small-wheeled device tearing up and down. “What the?” I thought to myself.

After a minute of two of head-scratching, a stranger joined us and we both tried to work out what the hell it was. Was it some sort of TV comedy show stunt? Mobile advertising? Or an alien sussing out the area for a possible UFO landing in Holborn? 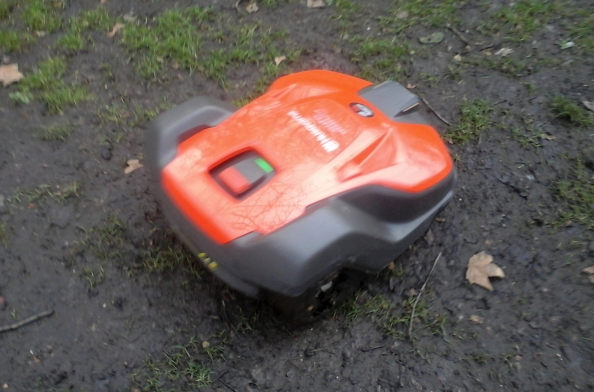 After five minutes we came to the conclusion it was a robotic lawnmower. It must have computed that we were interested in it as the thing stopped going up and down in straight lines and made a beeline for us. It stopped just in front of where we were standing then span around a couple of times. We were then waiting for it to say (in a 1970’s comedic robot voice) something like “You have 20 seconds to comply” or “Smile you’re on Candid Camera” but it just flashed a couple of lights on its body in recognition (above) then resumed doing what it was doing. Very odd!

As soon as we get a lawn mowing schedule from the gardener we’ll post it up as it makes interesting viewing on a lunch hour. Perhaps the operative can teach it to do some tricks too (fetch a ball, roll on its back or chase squirrels). P

Firstly apologies for the non-appearance the past few months, life just got in the way. Secondly here’s news of an excellent free event called Frankensteinia on Wednesday 23rd January from 1-2pm at Shoe Lane Library, Hill House, 1 Little New Street, London EC4 3JR. It’s from Lester Hillman who has given some very informative talks in the library in the past and I’m sure this one will be no different! A finally from all us here at LIYL, we wish you all a great festive season and a happy new year!

Yesterday I fancied a plate of greasy spoon fare as I wasn’t going to be eating until late in the evening. The first place I thought of was an old favourite, Ferrari’s which is next to Smithfield Meat Market. Don’t go if you fancy a friendly chat with the waiting staff but if it’s some cheap filling food (with a Chinese bias) you’re after at any hour of the day you’ll be at the right place! Sweet and sour pork noodles and a cup of tea for £6 was my choice but vegetarian options are also available. P 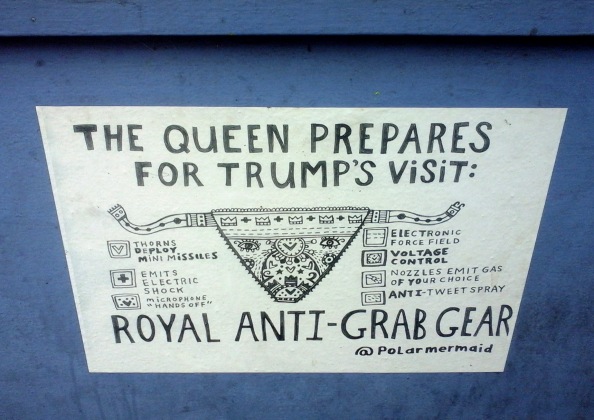 Spotted today on the way to get a saw (or two) in Farringdon Road. Is the Royal Anti-Grab device available commercially? P 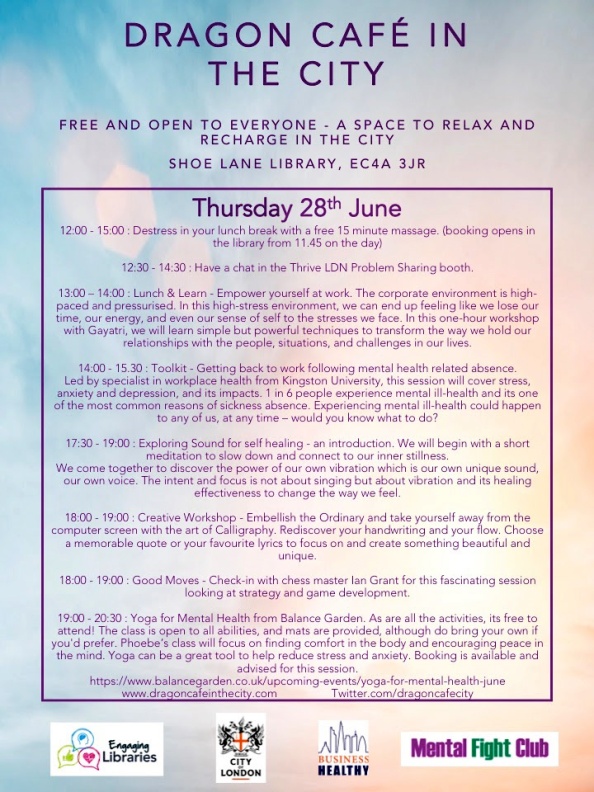 Here’s a nice way to destress towards the end of the week without resorting to the bottle opener. Taking place at Shoe Lane Library just off Fleet Street EC4A 3JR fortnightly, Dragon Cafe in the City have a variety of things to take your mind off your worries. I didn’t realise I was stressed until I asked the man doing the 15 minute massage to “hurry it up a bit as I have to get back to work”. Sometimes we can’t see these things but Dragon Cafe in the City can and try to do something about it! P

Walking down an alley around the corner from Bow Street this afternoon I saw this A4 poster tacked onto a side of a wall. It’s from the London Art Mafia: “For those who look 〰come and find us〰around the city”. More info here. P #Londonartmafia 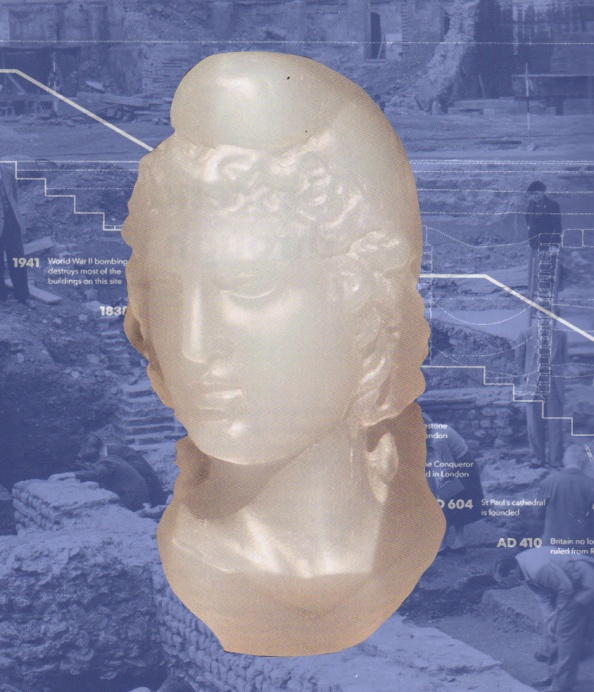 Today I visited the new look London Mithraeum at 12 Walbrook, London EC4N 8AA. It’s a three floor affair that is well worth spending half an hour of your time at.

If you love Roman artefacts, audio of Joanna Lumley explaining the Mithras cult and varying light levels, a bit of mist and weird chanting at 7 metres down, you’ll be in heaven! It’s a million times better than when it was perched outdoors at Temple Court as this new display gives the remains some context. Book your visit in advance or just turn up and take the risk, it’s well worth it and what’s more it’s free! P

london in your lunch hour

london in your lunch hour
Create a free website or blog at WordPress.com.